Perth Property - The Next Big Thing or Just a Big Risk?

Perth is attracting a new wave of attention (long overshadowed by the Sydney and Melbourne property markets) with many investors believing the property market has hit rock bottom and that strong capital growth will follow.

However, while our economy has shown some slight improvement recently, Perth is projected to deliver low economic growth, a soft job market and low population growth for the near future. While we do expect to see population growth and an improved property market, this would be a goal achieved in the next 20 years, not immediately.

This means both houses and units in Perth still carry high risk and research in the RiskWise Quarterly Risk & Opportunities Report, published in February, backs that up.
The WA economy had been in decline at an alarming rate since the end of the mining boom.
Over the past year, the state delivered negative GSP growth of -2.7 per cent and this had a detrimental effect on the local property market.

Moreover, the 5.7 per cent (seasonally adjusted) unemployment rate (and 8.95 per cent effective unemployment rate) were reflective of the city’s depleted labour market which was the second highest in Australia after Tasmania. 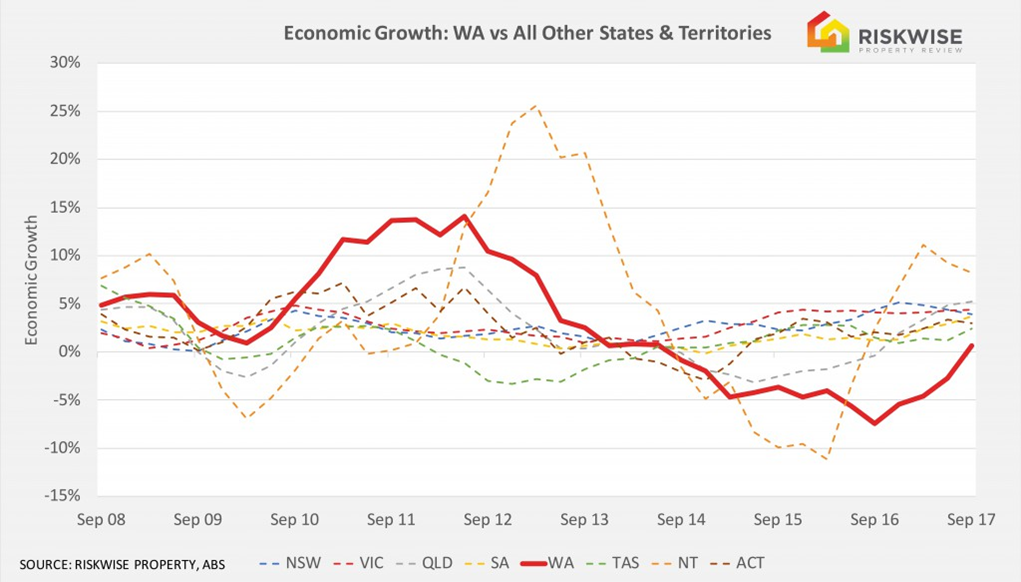 Consequently, WA is also experiencing one of the lowest population growth rates across Australia.
This has resulted in negative price growth for both houses and units across Perth in recent years.
But it is the risk associated with units in Perth that is of the greatest concern as this is very high due not only to current oversupply, but also the number of units in the development pipeline.

In central Perth there are 1151 new units in the pipeline representing a 13.7 per cent increase to the existing supply, putting this area in the list of Danger Zones.
In addition, while houses are favoured as an investment option, they still bring considerable risk to investors with potential damage from tenants, and higher costs associated with maintenance.

While there had been a recent improvement in the job market and employment across WA, the effective unemployment was still significantly above the 10-year benchmark.
Unfortunately, while it is likely WA will experience slow improvement to its economy as it continues to adjust to the post-mining era, this improvement is unlikely to result, in the foreseeable future, in solid capital growth. 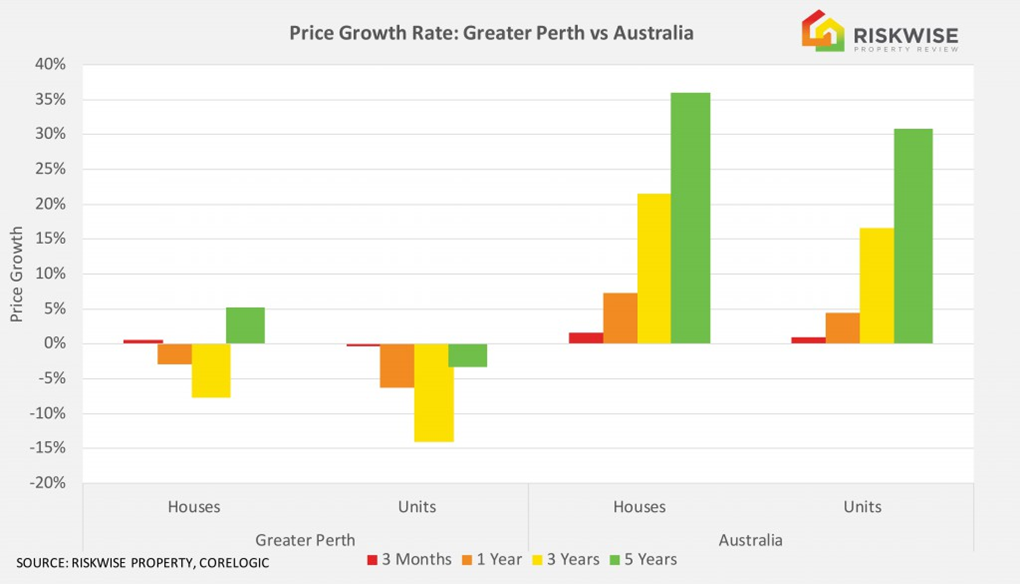 However, in the final quarter of 2018 we saw a 1.1% increase in residential property sale prices in Western Australia, finishing the year off with a high that we hope to see continue into the new year.

In conclusion, with a significant number of new housing developments completed recently, along with lending restrictions, declining population growth, and therefore demand, units, in particular, carried a high level of risk.
The impact of this is projected to last throughout the short to medium-term with an improvement in the coming months and years.

Are you looking for your next property? See what we have available here.

Naked Real Estate Writers collaborating to bring the latest news and trends in real estate for buying, selling and working in the exciting world of real estate. Is it time for you to get Naked?

View all posts by : Naked Writers

The Importance of Conducting a Pest Inspection Before Purchasing Property

GUEST BLOG | One of the most important procedures before buying a home is the pest inspection. It is always good

Property Valuations - 5 Things You Should Know

Valuations are an essential aspect of the property investment game and because their result can be so crucial, here’s five

How To Prepare Your Home For Sale

Ready to sell your home, but not sure what to fix or tweak before listing it on the market?

Should I Sell or Rent My Property?

Thinking of upgrading to a bigger home, but can’t decide if you should sell your current property, or rent it

Subject to Sale: How to Buy a House Before Selling

Want to buy a house before selling your current one, but not sure how? Maybe you’re ready to upgrade to a

12 Tips to Be A Smart Property Investor

Property investment (and in that case nearly everything in life) can be a matter of trial and error...