The data is not seasonally adjusted, however, and the national figures do suggest that the annual rate of growth in mortgage volumes has slowed, possible impacts of compositional change notwithstanding.

Most notably, investors now comprise just 34 per cent of mortgages, well down from the 40 per cent level seen in the preceding financial year before APRA implemented tighter measures in order to constrain investment lending.

How the states stack up

AFG commented on the numbers:

“The traditional powerhouse states of Victoria and NSW led the way, up 16.6 % and 12.2% respectively.

On the flipside a drop of 13.4% in WA was not unexpected as the state comes to terms with life post-mining boom.”

The quarterly dollar lodgement volumes, not seasonally adjusted, are charted below. 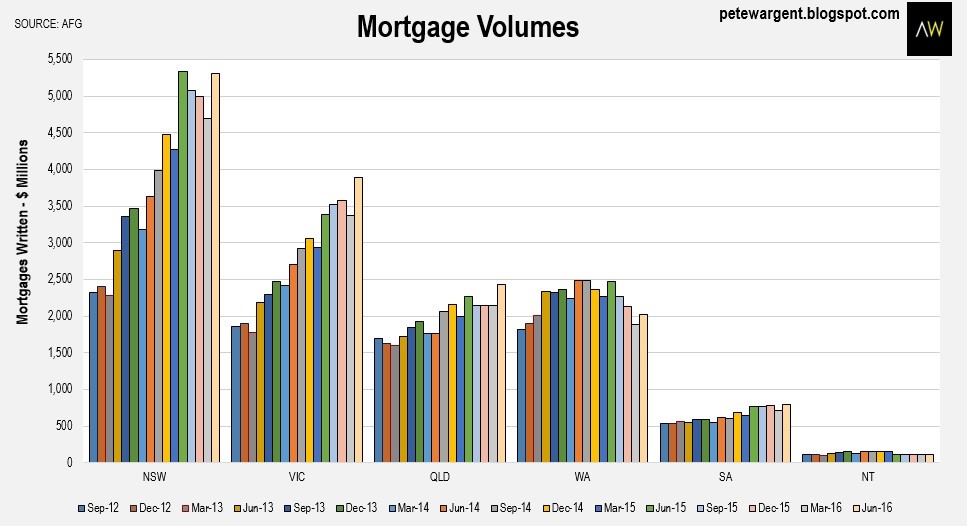 The average loan size hit a new high of a tick above $478,000 in the June quarter, representing a 19.5 per cent increase over the past three years. 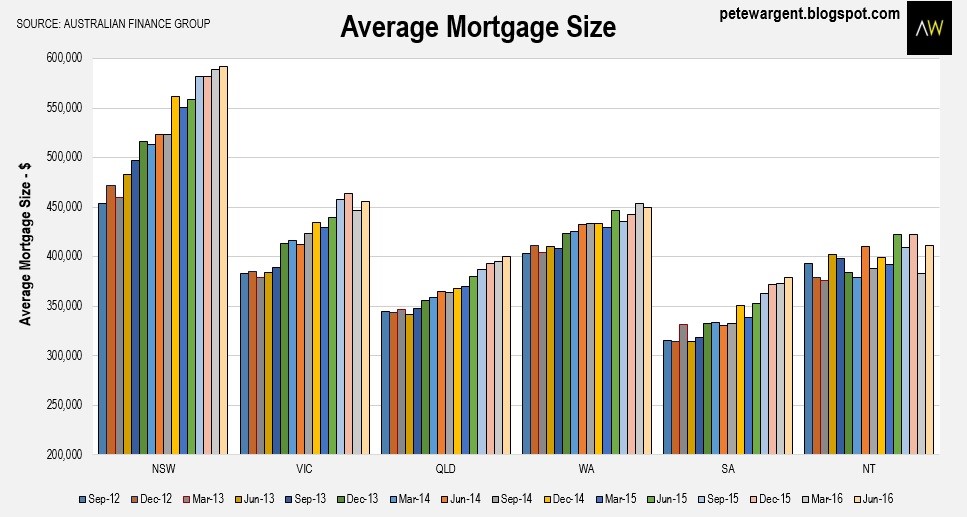 The average loan size in New South Wales is 23 per cent higher than three years ago, although average loan-to-value ratios in NSW tend to be consistently reported as being lower than in other states (presently 69 per cent, as compared to 72 per cent in Victoria).

Overall loan volumes reported by AFG were 7 per cent higher over the financial year, broadly in line with prospectus expectations with non-major lenders lifting their share of the market to 29.1 per cent.

Futures markets are pricing a 60 per cent chance of the cash rate being cut to a fresh record low at the Reserve Bank’s August meeting.

Are you struggling to save?

With the banks cutting down on lending and becoming more and more stricter, saving for your 20% deposit is getting harder. A lot of people live week to week with rising living cost and saving is just completely out of sight for them. How can you save even a few dollars a week?

It’s the big question of real estate – do you buy an established home or build a new one? You’ll have to weigh up the pros and cons for yourself before you make the big decision. Here are a few pros and cons for consideration to get you started.

Get yourself up to speed on the main types of taxes when it comes to property investment and how these affect your potential profit.

In the first NAB Residential Property Survey since the RBA cut the official cash rate in May this year, housing market sentiment amongst property professionals softened.