According to the latest findings from Roy Morgan Research almost 60% of Australians 14+ have been living at the same address for five years or more.

Those from the ACT and rural South Australia show the most propensity to stay put in one place for the long-term (10+ years) and Queenslanders being noticeably more inclined to move house within less than five years.

The old chestnut about a change being as good as a holiday clearly hasn’t hit home with Australian householders: 40.7% of the population have been at their current address for a decade or more, and 17.4% have been living at theirs for between five and 10 years.

Only 14.3% have been in their household for less than 12 months.

How long Australians have lived at their current address? 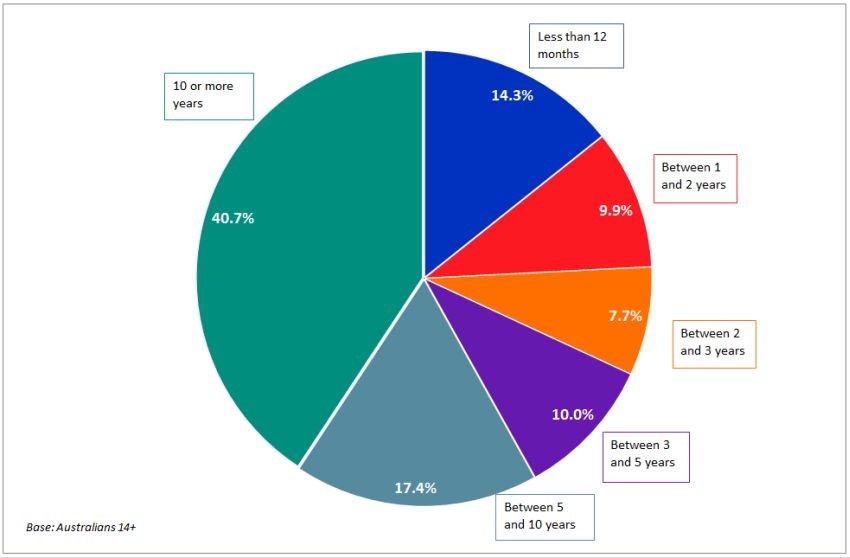 Not surprisingly, 65.3% of people who’ve been in their current home for less than 12 months are renting.

With the ever-increasing cost of rent and the great Australian dream of home-ownership, it’s rare to rent the same property for a long period: in fact, only one in every 10 Aussies who rent have lived in the one place for more than a decade.

In contrast, 68.4% of Australians who own their home outright have been at the same address for 10-plus years.

On the move: house-moving by region

Around the nation, certain cities and rural areas stand out for being home to above- or below-average proportions of long-term householders.

For example, 54.3% of country South Australians and 51.3% of ACT residents have been in their current dwelling for more than a decade, compared with 36.5% of Brisbane locals and less than a third of people living in country Queensland.

Australia’s most and least mobile regions 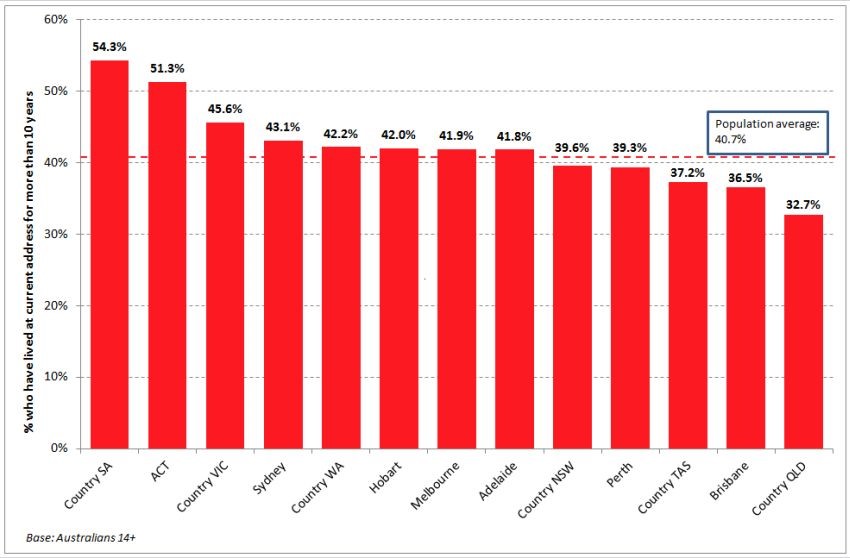 To stay up to date with the latest property market information visit the blog section of the Naked Edge Real Estate website.

5 Things to Do Before a Home Open

With these 5 simple and easy, low-cost tips, your house will have an amazing home open feel and atmosphere for any buyer.

Get yourself up to speed on the main types of taxes when it comes to property investment and how these affect your potential profit.

Is Negative Gearing Safe Now The Election Is Over

With the election and voting all out of the way (finally) it looks like the proposed drastic changes to negative gearing and capital gains tax are off the table… so what does this mean now?